I had the opportunity to be a guest speaker at Silent. Silence. Silenced exhibit by artists Christine Palamidessi last November in Boston. The Abaya and veil are seen by Western society as a cause for women’s silence and lack of freedom of expression in Arab culture. I tried my best to fill the cultural gap between them and us and tried to explain the bad and good aspects of the abaya. I talked briefly about Abaya, its history and its connection to Arab culture, not Islam.  I will write a series about all the questions addressed to me in that event. The first question of the audience was “Women wear the black abaya but why black?”. It was interesting because there is not one truth behind the black color. 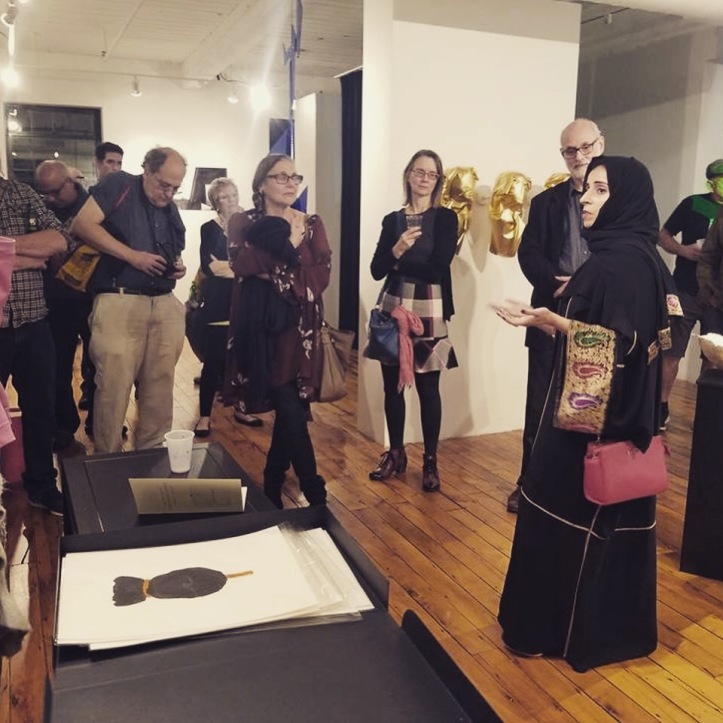 Black is the master of colors undisputed. It is suitable for anyone and any occasion. It has taken over all the international fashion houses. All fashion shows present black mostly in every show. As Christian Dior said ” Black is the most slimming of all Colors. It is the most flattering. You can wear black at any Time. You can wear it at any age. You can wear it for almost any occasion. I could write a book about black.” The black is a dominant color for outwear women attire in most of the Arab world. The history behind the black Abaya is not entirely clear. But I would like to share with you some of the reasons Which I know or have known through my research on this subject. I think some of them are similar in all cultures.

Currently black is not the only color of the abaya. I do not think anyone now wears black because of spiritual reason or philosophy. People may be used to the black like in Saudi Arabia or just because they like the color. The Abaya now comes in different colors because every woman wants to be different. Individualism and uniqueness have become a priority for everyone in the whole world.